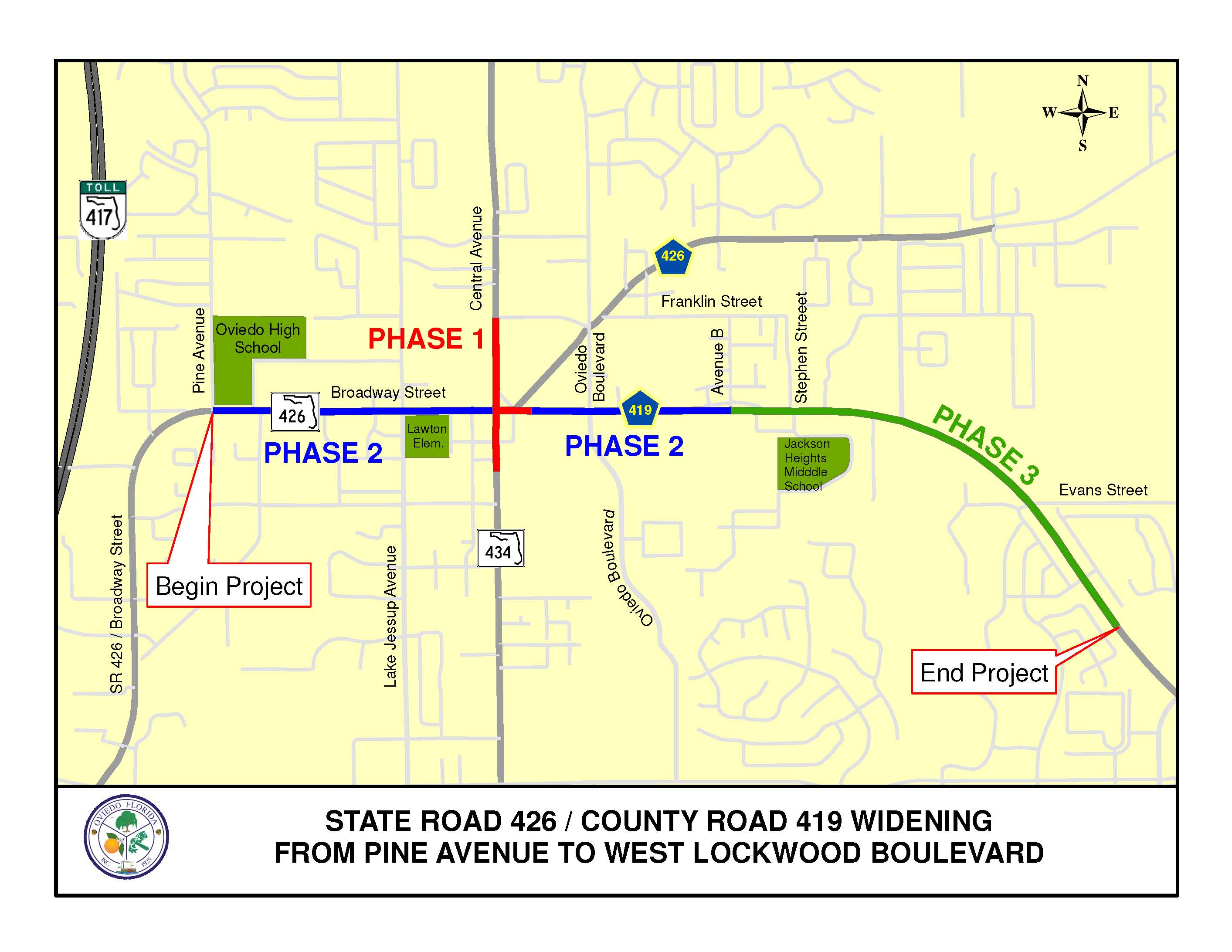 The SR 426 / CR 419 roadway widening project will ultimately connect the existing 4-lane roadway at Pine Avenue (near Oviedo High School) to the 4-lane segment of CR 419 at Lockwood Boulevard.

The overall estimated project cost is approximately $83 million dollars and is divided into three phases. Phase 1 addressed downtown (CR 426 / SR 434) intersection improvements. Phases 2 and 3 will make the connection to the west at Pine Avenue and to the east at Lockwood Boulevard. Federal, State, County, and City funds are being combined to accomplish this task.

Phase 3 will complete the connection of Phase 2 to the existing 4-lane divided roadway west of the intersection of Lockwood Boulevard.