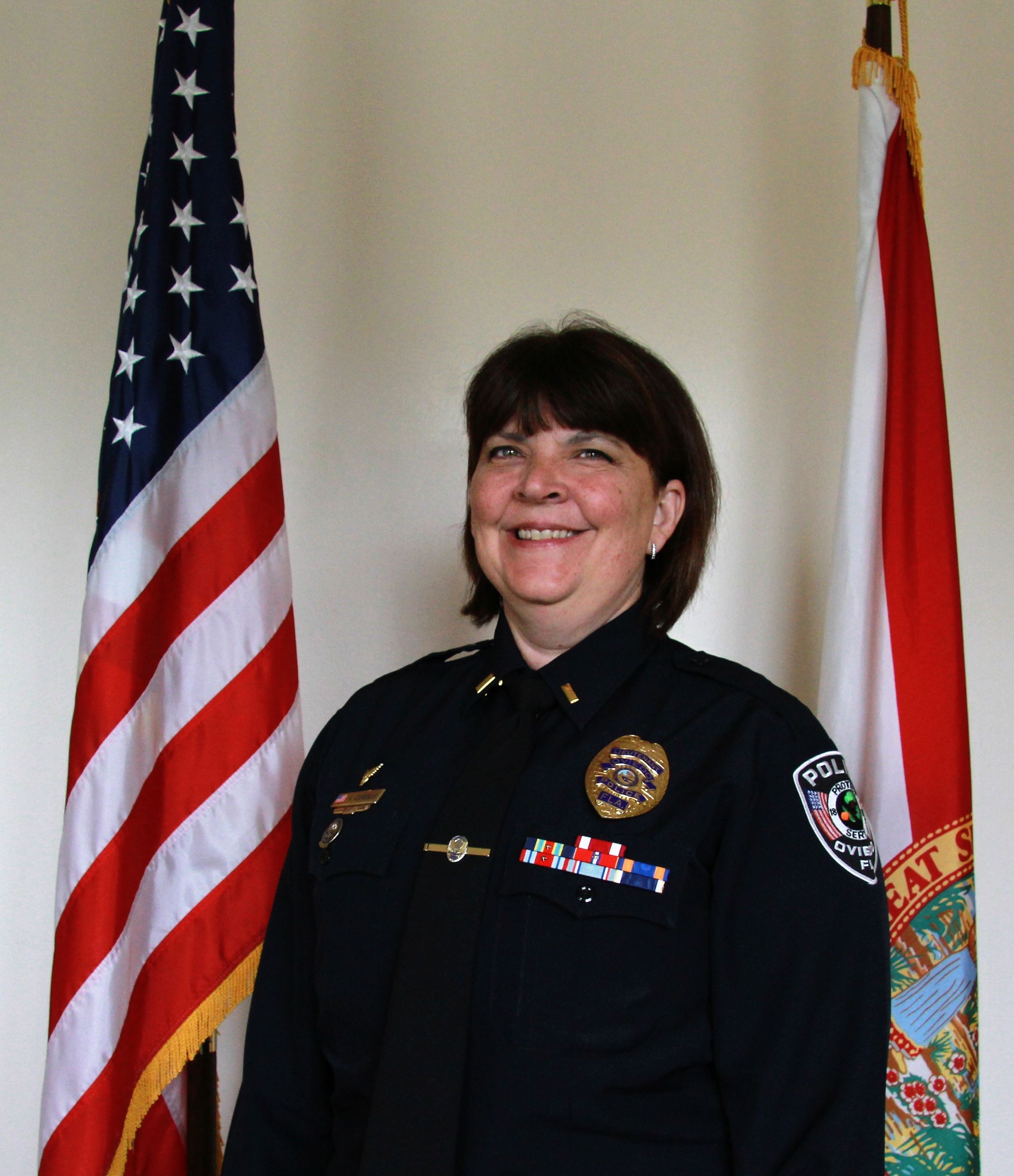 Deputy Chief Heather Capetillo currently manages the Community Patrol Division of the Oviedo Police Department. The Division is comprised of:

During her tenure with the Oviedo Police Department, Deputy Chief Capetillo has served as a patrol officer, the first Oviedo traffic officer, and was one of the first four police motorcycle officers. As a Lieutenant, she worked in the following areas: Patrol, Training, Criminal Investigations Division, Community Involvement, and Professional Standards until being promoted to Deputy Chief in 2017.

Deputy Chief Capetillo earned a Master’s degree in Public Administration from Barry University and attended the 53rd Command Officer’s Development Course at the Southern Police Institute at the University of Louisville.