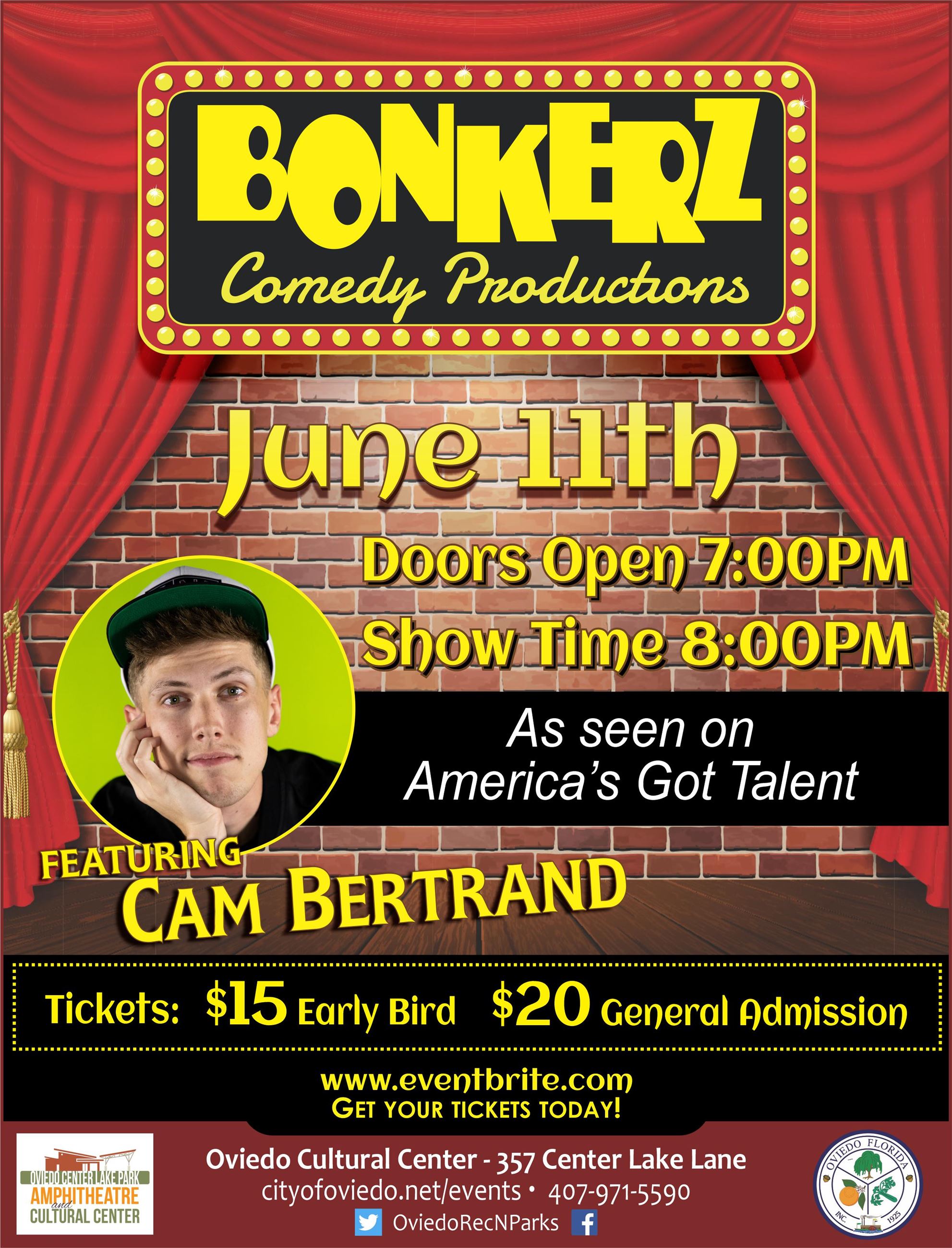 It has been said that laughter is the best medicine. With that being said...

Bonkerz Comedy Night is back at the Oviedo Cultural Center, featuring the hilarious Cam Bertrand as seen on America's Got Talent!

Cam Bertrand, star of his own Dry Bar Comedy Special, and seen on America’s Got Talent took all of three weeks to drop out of college and pursue comedy full time. In the short time since, he has been a contributing writer on two seasons of MTV’s hit show ‘Wild’N’Out’ and taped his first half hour special 'Sophisticated Ignorance' for Dry Bar Comedy which has already garnered over 60 MILLION views.

Doors and bar service  open at 7pm, hilarity ensues at approximately 8pm, show ends around 10pm. Show is 21 and older. FOOD IS NOT AVAILABLE.