Oviedo’s location along Seminole County’s rural boundary makes it a prime setting for human bear interactions, especially in areas abutting the Little and Big Econlockhatchee Rivers. Several bear sightings have been reported in the City over the past several months.

If you see a bear in your community, remain calm and stay away from the bear. The bear is most likely just passing through and will not linger or return if it does not find a reward, such as food. If you encounter a bear at close range, do not play dead or run from the bear. Avoid direct eye contact, back away slowly with arms raised, and speak in a calm assertive voice.

Report any bear sightings to Florida Fish and Wildlife via phone 352-732-1225 or online via their web page. 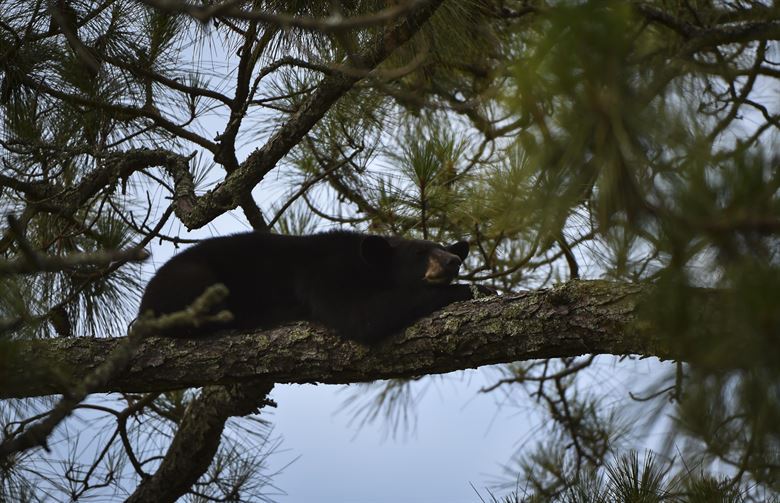 Residents should be bear aware on steps they may take to keep bears wild and away from populated areas.

Please do not feed the bears! Often done unwittingly, many people offer food sources such as conveniently filled bird feeders, pet food bowls, compost piles, unkempt fruit trees, BBQ grills, beehives, as well as garbage cans kept unsecured outdoors and placed curbside at night. These common and uncommon household attractants create a smorgasbord of readily available options for bears to fulfill their dietary needs. As bears become "food-conditioned" (dependent on a food source), they are more likely to frequent residential areas and cause property damage to get these unnatural food sources. Over time, they become “habituated”, gradually losing their fear of humans and will return frequently to locations with accessible food.

Store your garbage can in a secure area between pickups, such as a sturdy shed or garage, and be sure to put it out on the morning of garbage pickup, not the night before. Empty cans can attract bears as well. Secure them as soon as possible following collection.

The regulations employ nationally recognized best management techniques for eliminating bear attractants, and require that refuse, the most significant contributor to bear-human conflicts, be secured in a manner that precludes access by bears.

The core of these bear management regulations focuses on the elimination of bear attractants within designated Urban Bear Management Areas. Within an established Urban Bear Management Area, Residential Refuse Customers must secure their refuse until the designated collection day.  This may be accomplished through storage of refuse containers within a garage, shed, or other secured structure until 5:00 am on the day of collection.  While Residential Refuse Customers may alternatively elect to secure refuse within a bear-resistant container, the new bear management regulations do not require Residential Refuse Customers to purchase bear-resistant refuse cans.  If a bear-resistant container is selected, the timing limitations for placement of refuse containers outside of a secured structure do not apply.

Until recently, human bear interactions in the Oviedo area have been minimal and have not warranted action. However, an increase in bear activity and human bear conflicts in the Oviedo area have prompted the City of Oviedo to request the City be added to the County’s Urban Bear Management Area. The City and County have collaborated with Florida Fish and Wildlife to concentrate the Urban Bear Management Area in the area of the City most affected by the bear population. The focus area is in the City limits, east of the Econlockhatchee River.

On July 28, 2020 the Seminole County Board of County Commissioners adopted the Eastern Urban Bear Management Area, encompassing the area east of the Econlockhatchee River, in the City of Oviedo. A map of the affected area is shown below. 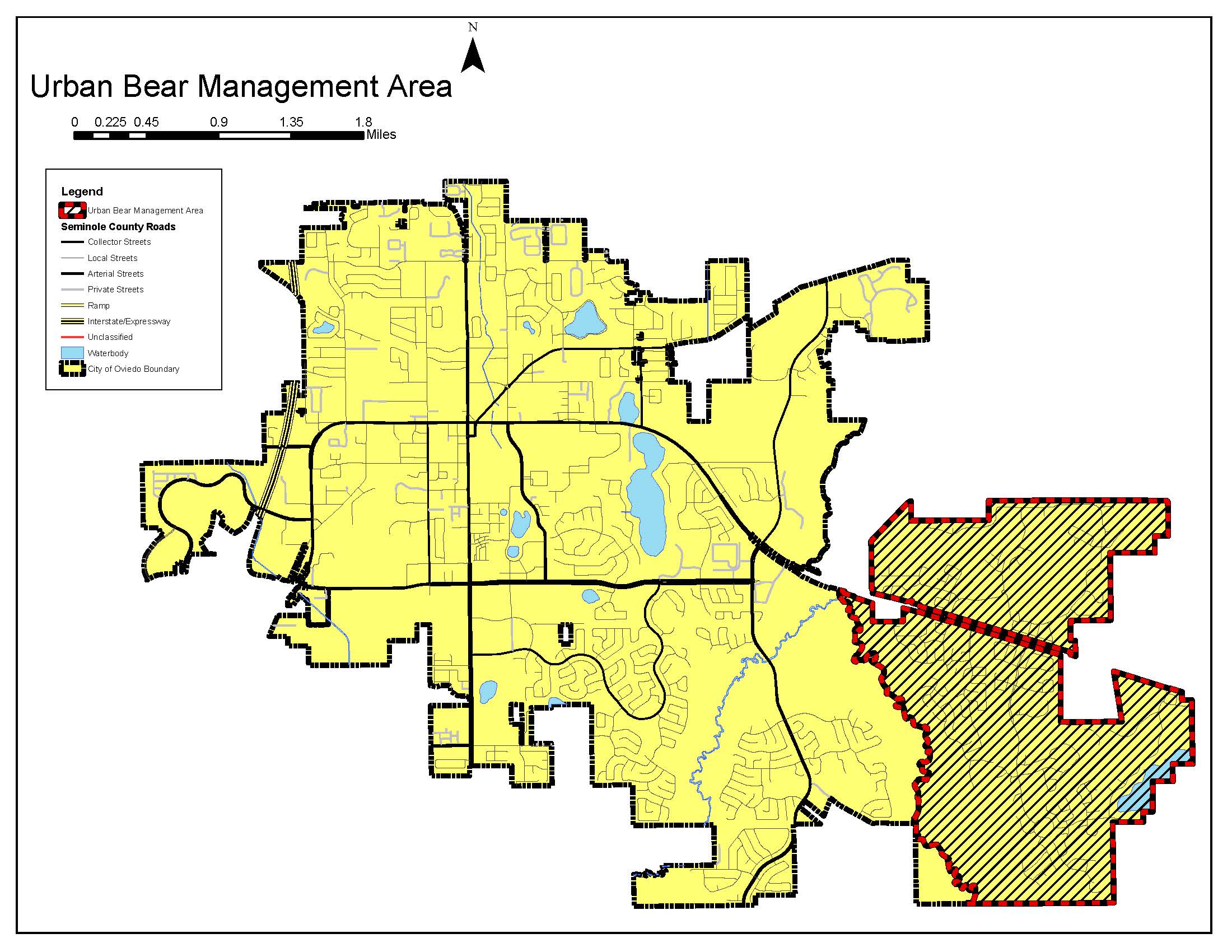 For more information visit the Florida Fish and Wildlife Website.