Oviedo in the News 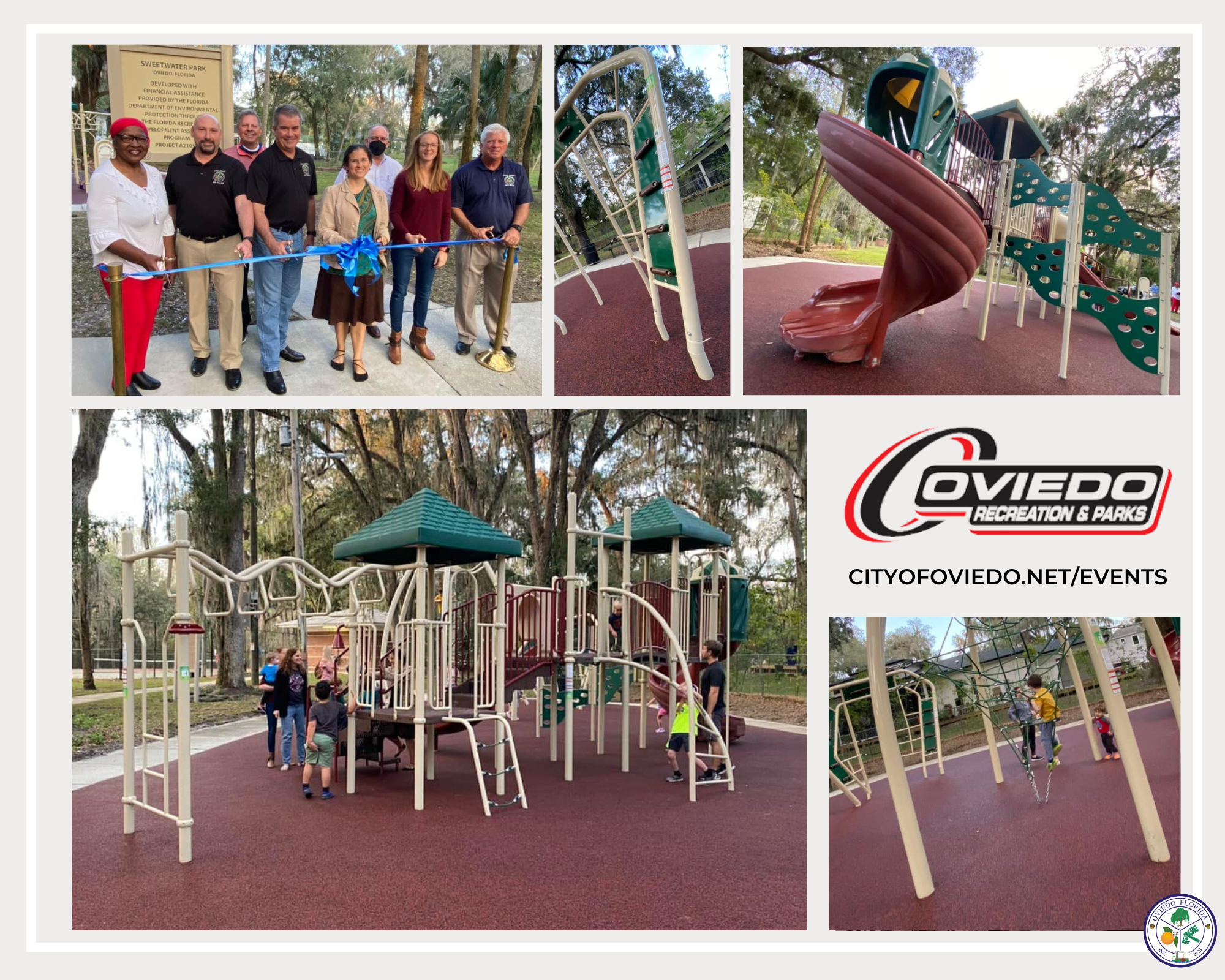 The new playground at Sweetwater Park is officially open! City of Oviedo elected officials and leaders came together Thursday, January 20, for a ribbon-cutting ceremony to commemorate our new addition.

We can't wait to welcome you! 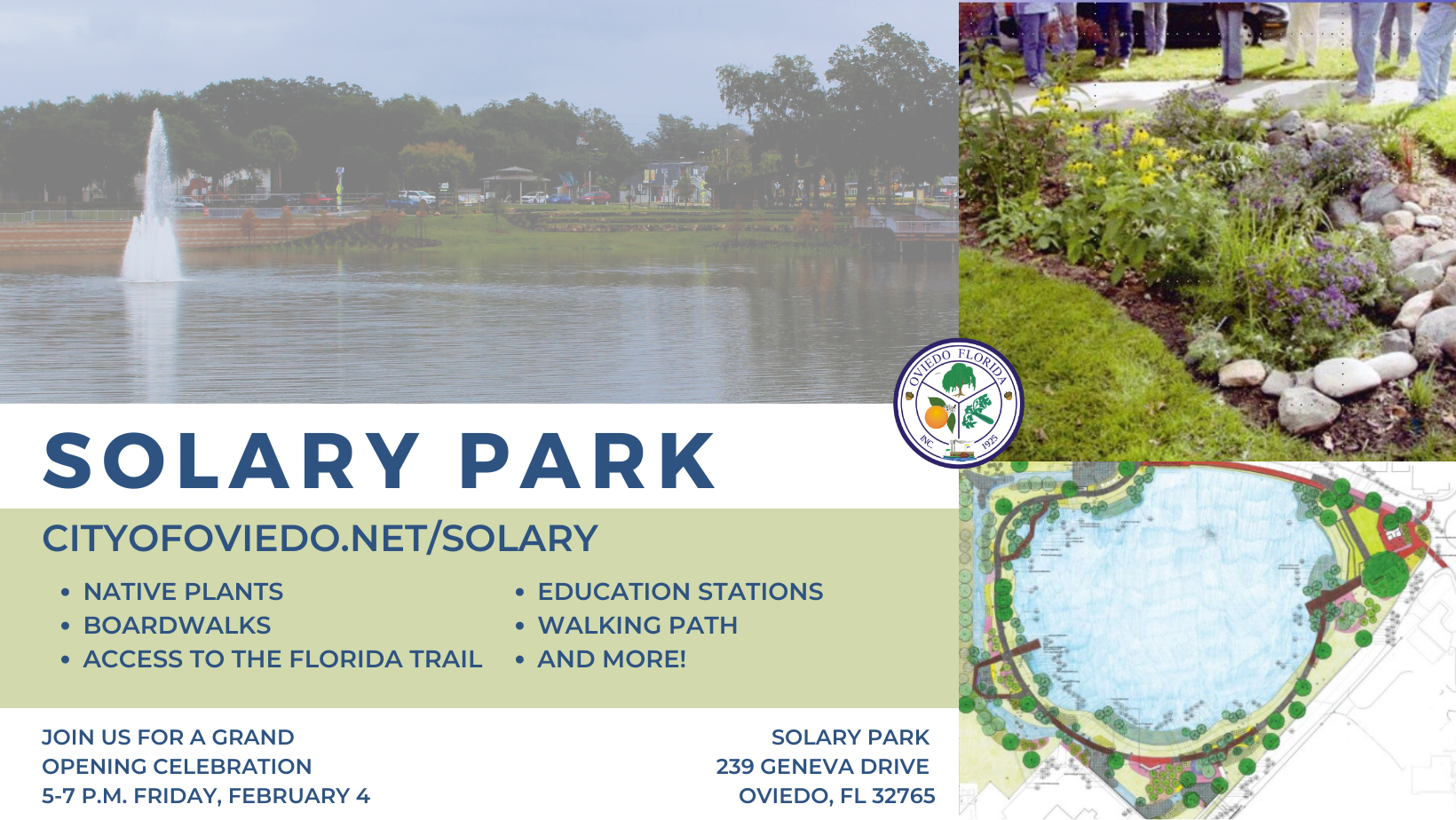 The City of Oviedo cordially invites you to attend the grand opening celebration of Solary Park! Join us for an evening stroll around the newly completed park. Food and drinks will be available.

This recently-completed project was made possible through a partnership with the Florida Department of Environmental Protection and provides the area with amenities, boardwalks, and includes an enhanced stormwater management system that supports the development of Oviedo’s historic commercial district. 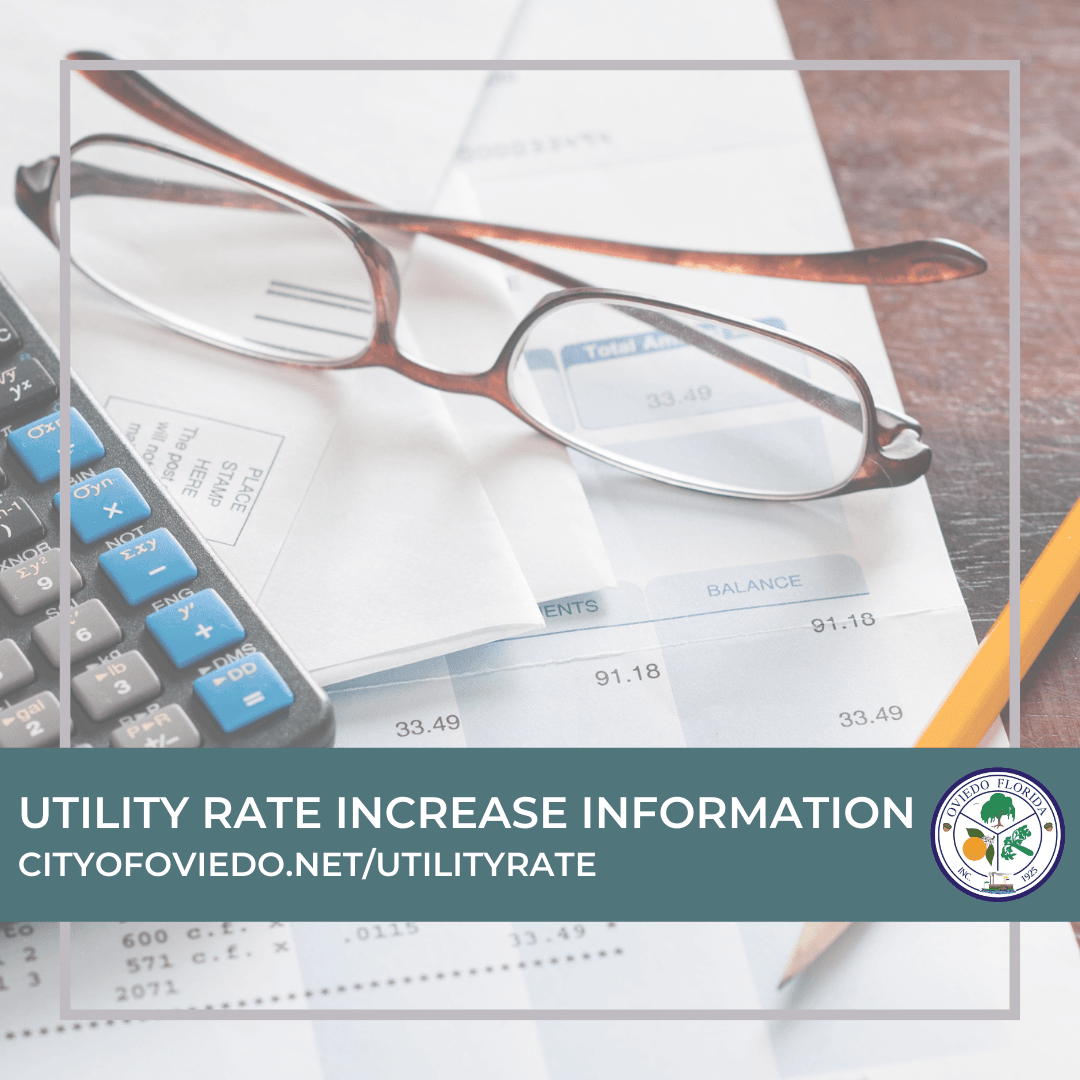 The Oviedo City Council unanimously passed Resolution No. 4174-22, Utility Rates, Service Charges and Fee Schedules, at its Tuesday, January 18 City Council meeting. Notice of the proposed increase and January 18 meeting was included in your most recent utility statement.

Rising Costs
Costs of providing water and sewer utilities have increased over the last fiscal year. Resolution No. 4174-22 will help generate revenue to offset those rising costs.

Included in the Amendment
Each year, the City’s Water and Sewer utility rates are automatically adjusted according to the Consumer Price Index for All Urban Customers (CPI-U). The automatic annual increase has a minimum floor of 3 percent and a maximum increase of percent. Should the increase be greater than five percent, City Council approval is required.

Through the Adopted Budget, City Council previously approved the minimum 3 percent increase totaling $459,323 effective October 1, 2021. However, that increase has not been implemented due to the CPI-U increase being 5.3 percent, .3 percent above the cap and required the City Council’s approval - generating the need for this Amendment to include the total 5.3 percent increase and a measure to allow for a more streamlined process in the future.

To develop the utility rate, The City worked with Willdan Financial Services, a financial consultant, to determine if revenues were adequate to support the City’s utilities over a ten-year forecast period such that all the required operating expenses, debt service, capital expenses, and transfers could be funded by reserves and revenues of the utility system. The 5.3 percent increase is expected to generate $540,980 in revenue for the remainder of the year, helping alleviate the impact of the projected increased costs.

The Amendment also includes a measure that will align the timing of rate calculations that will allow staff to facilitate discussions with Council ahead of its budget process.

Please see the below section "Resources for Residents" to learn more on how you may participate in your local government. 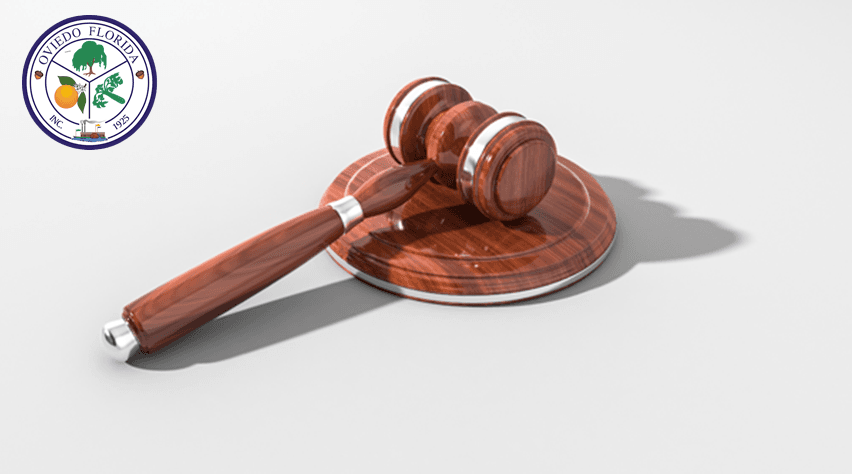 Watch live and previously-recorded meetings on the City YouTube Channel. 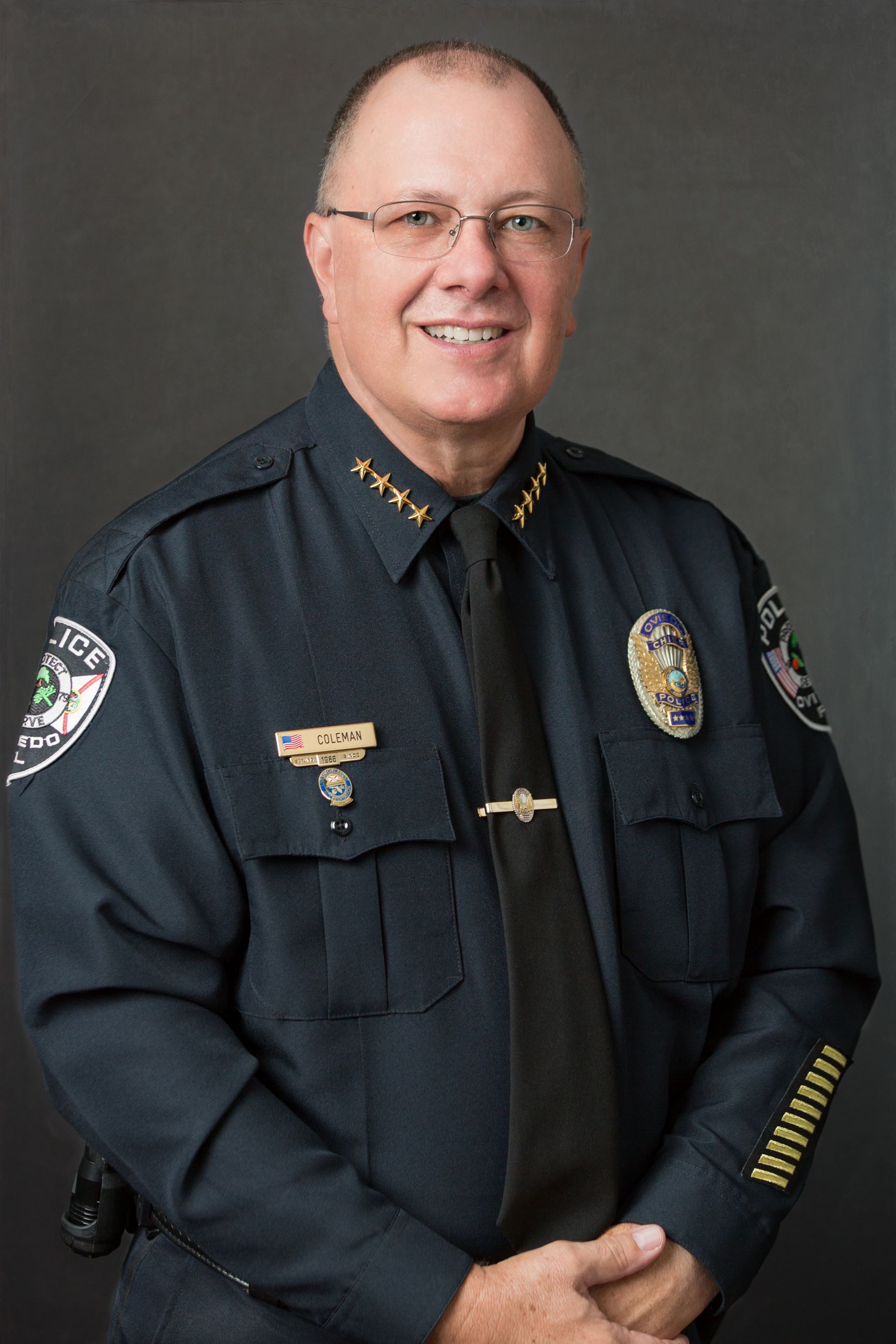 As we reflect on the past year, I can say that we have made progress as we continue to re-establish our pre-pandemic operations. We continue to make community relations and a safer community a top priority.

In 2022 we are planning on hosting our Community Police Academy. We recently completed my favorite holiday event, “Shop with a Cop”, where we partnered with many businesses and individuals to give some deserving children a great experience as they go “Shop with A Cop”. I am proud that more than 40 officers and staff from the Oviedo Police Department volunteered their time to make this such a great Christmas memory for so many of our children.

We continue to review and rewrite our policies with the help of our citizen's group C.O.P.E. Due to the hard work of the men and women of the Oviedo Police Department we were able to earn our third excelsior from the Commission for Florida Law Enforcement Accreditation. This process has us re-examining all of the policies, procedures, and practices to ensure we meet the standards set forth by the commission and striving to employ the very best practices in policing. This process will help reduce our risk and make us an even better police department.

We are excited and prepared to meet the challenges that come up in 2022. The men and women of the Oviedo Police Department are dedicated to serving this community and I don’t think you will find a more dedicated group. We will continue to partner with our community to keep Oviedo a great place to live, work, and play.

We again are very thankful to all of those residents and businesses who have delivered kind words, cards, cookies, and food to the hard-working men and women of the Oviedo Police Department during this holiday season. This kindness brings the joy of the holidays to our officers and civilian employees.

I would like to remind people to be careful with their credit cards, phone, and email. This is the season for fraud and you can be easily pulled into a scam. If you are not sure ask family, friends, or contact our department and we will help you. Don’t be a victim. And please lock your doors. If you need a reminder then go to our Facebook page for the 9 pm routine.

Thank you for your support! 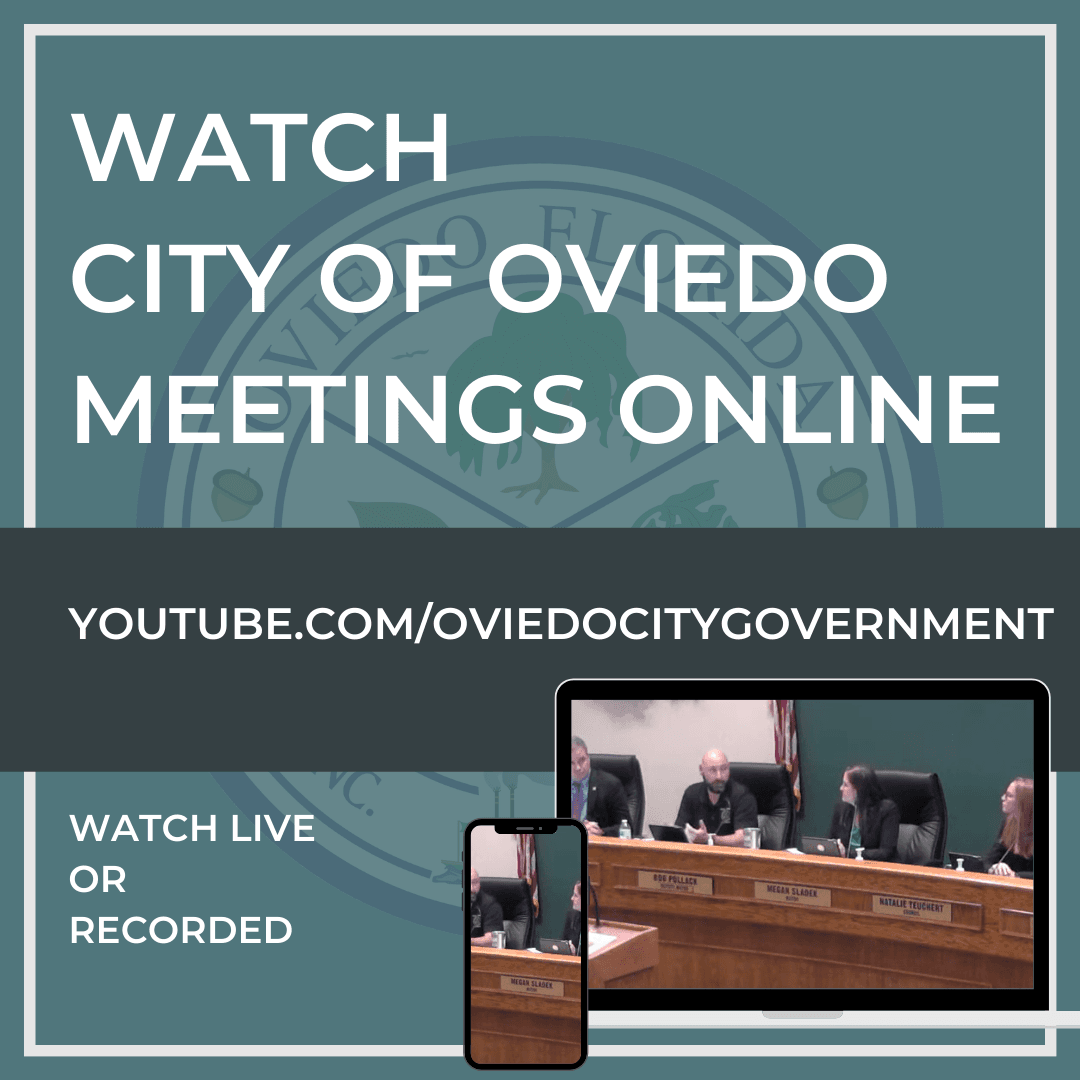 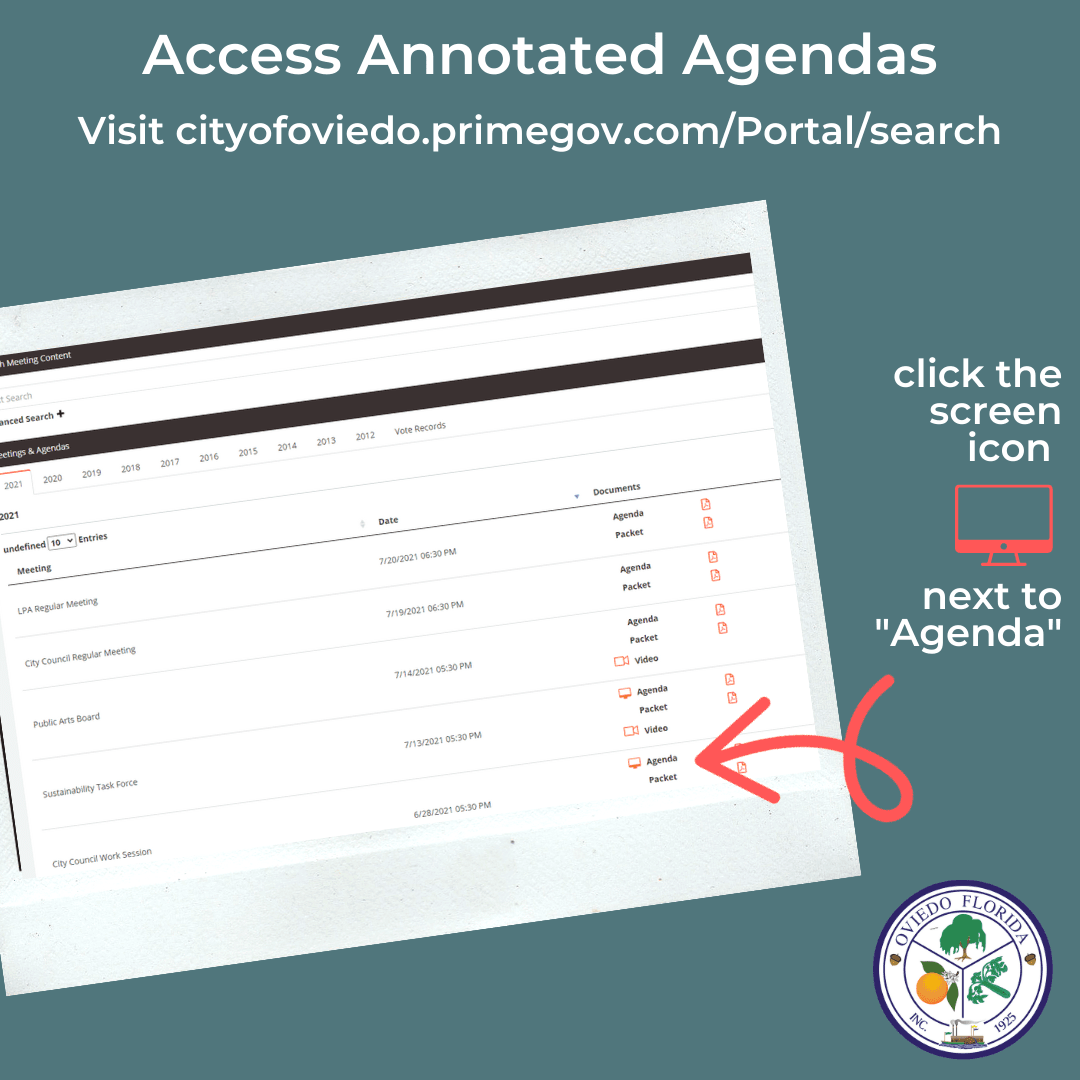 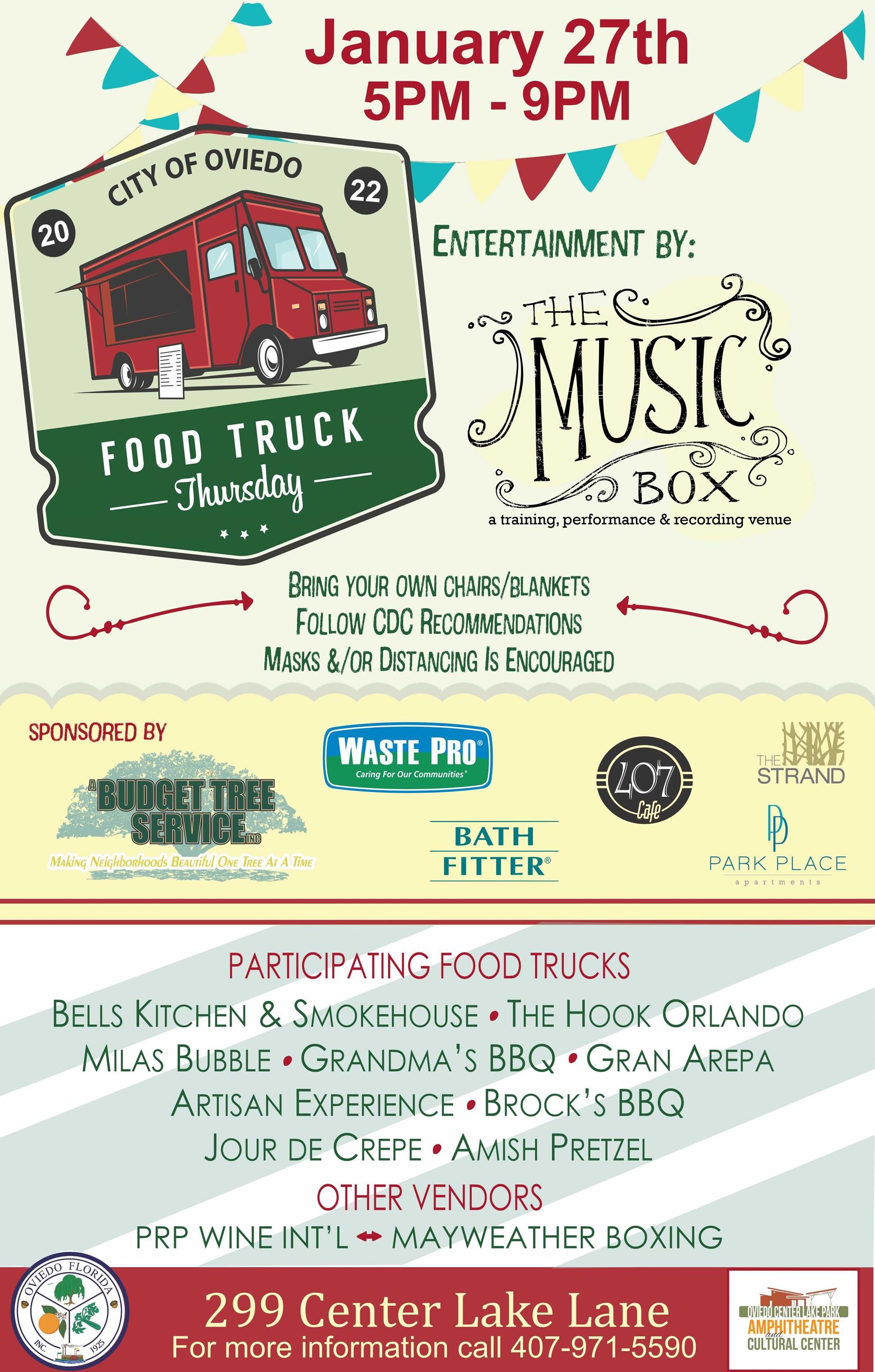 Visit Seminole County online at PrepareSeminole.org to view all the latest COVID-19 information 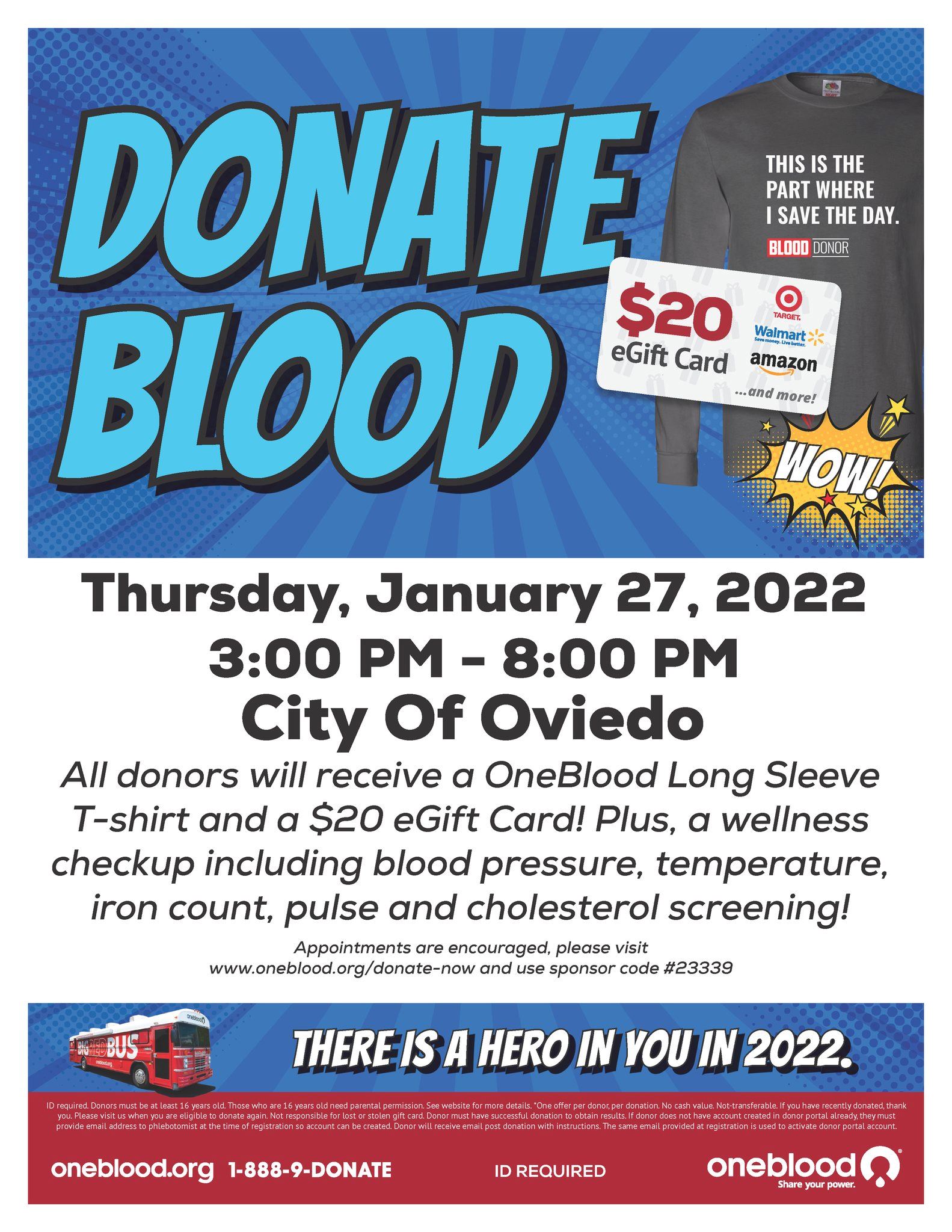 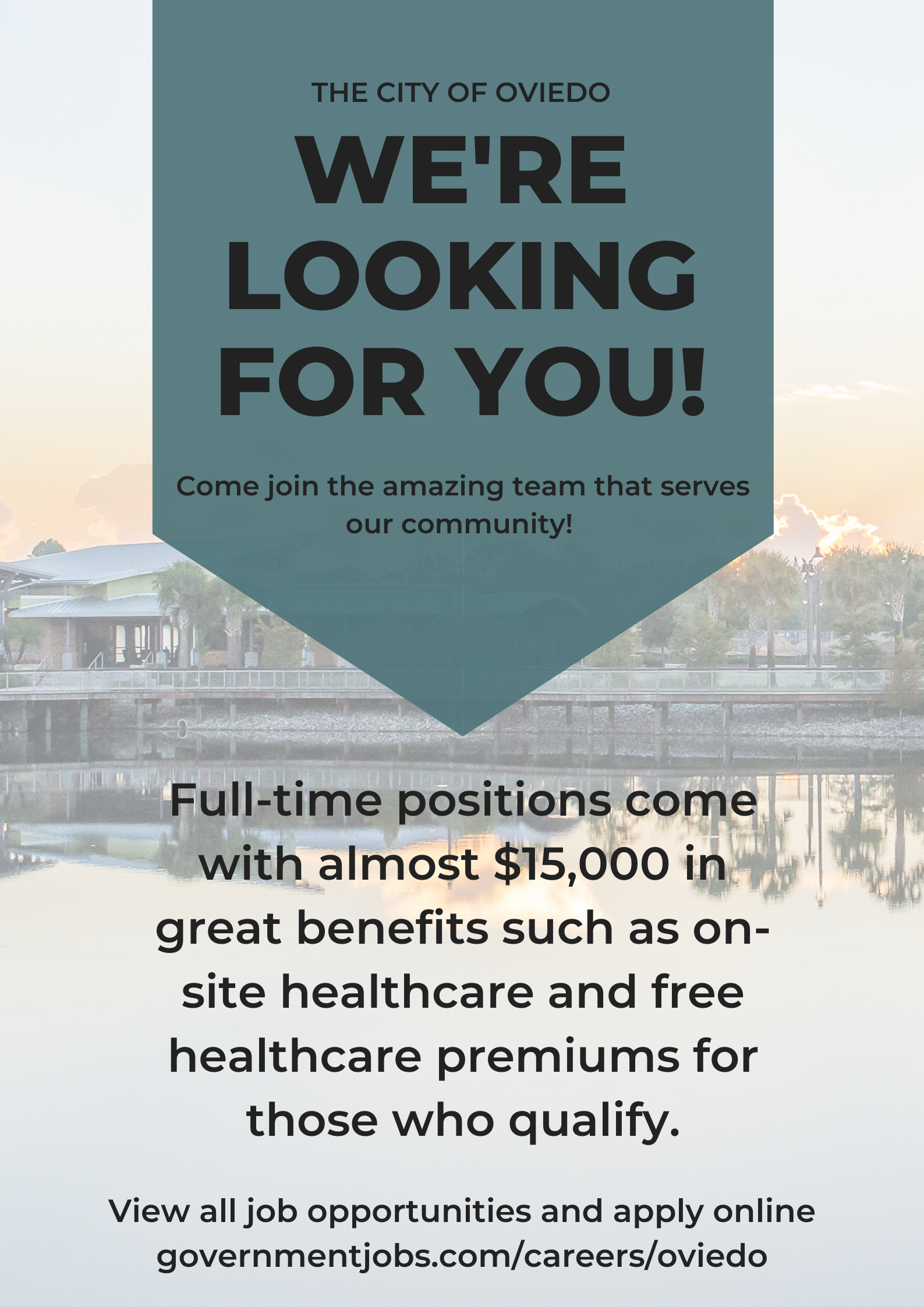 Join the Oviedo Police Department in the 9 p.m. routine

Oviedo PD sends a friendly reminder every night through social media to head out to make sure you've done the #9pmRoutine: A nightly plan to make your vehicle and home more secure. It's important because thieves often look for opportunities such as unlocked doors and unlocked vehicles. At 9 p.m. remember to:

Join the conversation with #HeyOviedo and #9pmRoutine or share our posts on FB and help spread the word.