The Wild Side of Oviedo

This page includes interesting facts about wildlife in Oviedo and Central Florida. 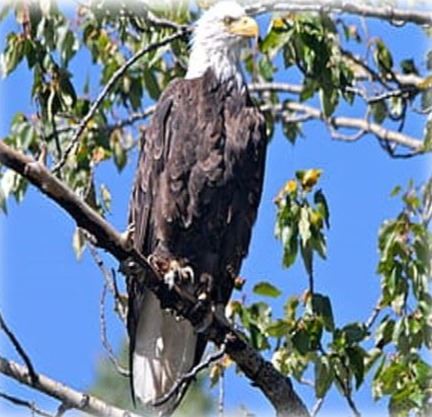 The Bald Eagle is protected under the Bald and Golden Eagle Protection Act, the Migratory Bird Treaty Act and the State Eagle Rule and has thrived in Florida through land management rules and regulations and public information.

There are now around 1,500 nesting pairs in Florida. They love to nest in the tallest of trees and return to the same nest year after year.

Bald Eagles lay their eggs between November and January. Baby Eagles are called Eaglets and hatch after 35 days. Eaglets can fly when they are around 10 to 12 weeks.

The average Bald Eagle weighs 10 to 15 pounds and has a wingspan of up to 6 feet. 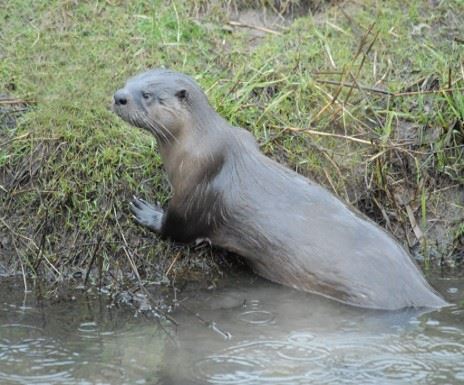 The North American Otter is especially sensitive to pollution and their numbers are rapidly declining in Florida; they have disappeared already from 11 states.

Otters have been sighted in the Live Oak Reserve area in Oviedo!

Otters live in the banks of rivers and ponds, and their homes are called Holts. They have also been known to live in wetlands. They are mostly awake at nighttime (nocturnal) and eat mostly fish but also hunt for turtles, raccoons, and small alligators.

The American River Otter is a very social animal, usually living as a family. They have two coats of fur, the undercoat traps air while they are swimming, and the guard hair on top which is a protective layer and is waterproof. Otters can stay underwater for up to eight minutes. 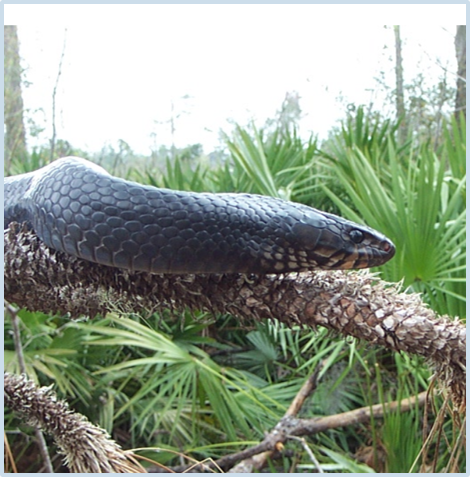 The Eastern Indigo Snake is a non-venomous protected native snake. It is Identifiable by its beautiful blue/black iridescent skin.

A valuable member of Florida’s eco-system, it preys on many different types of animals, rodents, and even some venomous snakes.

The eastern indigo snake is the longest North American native snake, they can measure up to 8.5 feet in length!

If you are lucky enough to be able to take a photo of an Eastern Indigo Snake please take a picture and call us at  (407) 971-5682. Let us know the location and date so Florida Fish and Wildlife may track their sightings. 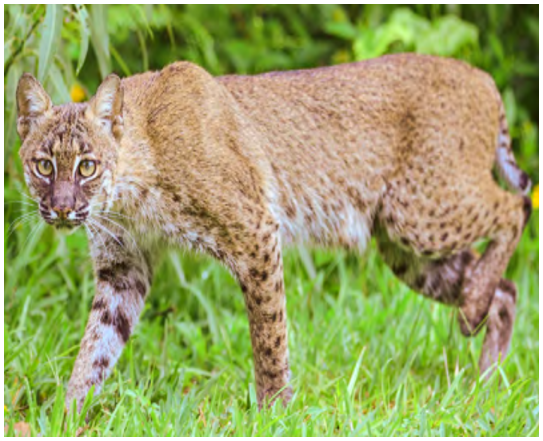 A native of Florida, bobcats are twice the size of a domestic cat.

They are recognizable by spots on their fur and a short tail. They are very valuable to have in a community as they kill disease-spreading rodents.

Threats to bobcats include displacement from habitat, hunting for their fur, and illegal trapping for human entertainment.

Bobcats like to make their homes in hollow logs and under thick vegetation.

They hunt by night and only sleep a couple of hours each day, so bobcat sightings during the daytime are common. Their main diet is squirrels, rabbits, and rodents. 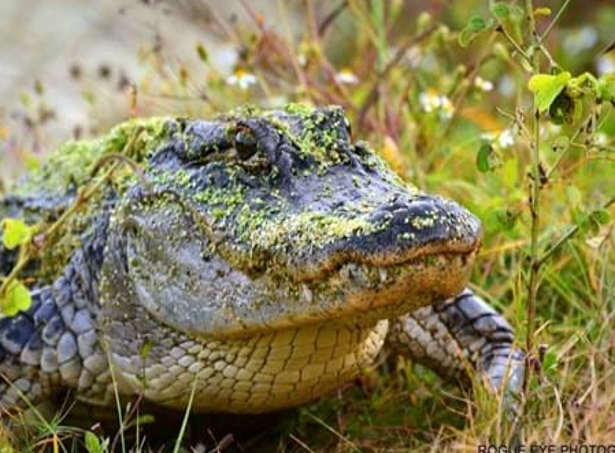 The largest alligator recorded in Florida was a male measuring over 16 feet long!

Alligators have very short legs but can run very fast over short distances. The two front legs have 5 toes on each while the back legs have 4 toes that are webbed.

Their skin is very tough with hard bony plates called scutes. Alligators hatch from their eggs when they are about 6-8 inches long and grow rapidly during the first four years.

Alligators living in the wild have a typical lifespan between 35 – 50 years, when Alligators are in captivity they can live up to 80 years. 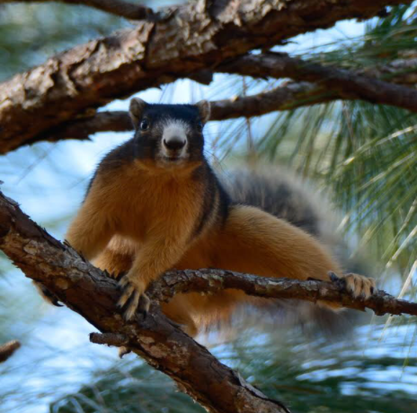 The Sherman’s Fox squirrel is native to Florida and named after H.B. Sherman, a well-respected ecologist who dedicated his life to studying native Florida mammals.

The fox squirrel is listed as a State Species of Concern and it is illegal to trap or hunt this mammal.

It is notably larger than the common grey squirrel and is distinct in its black and white head coloring and white ears. If you are lucky enough to spot one of these it will most likely be around areas of pine trees and sandhills.

Its diet consists of berries, nuts, and seeds. When this squirrel is on the ground and running it is similar to a fox 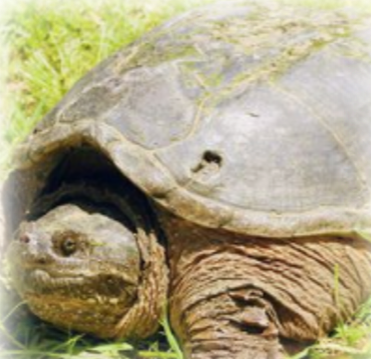 The Snapping Turtle is identified by its pointed head and nostrils that are on the tip of the snout.

This Florida native can turn its head to halfway down its shell's back.

The Snapping Turtle is aggressive or fearful when provoked. Be cautious, it has a strong powerful bite and a neck that can reach halfway around its shell.

A fully mature turtle can weigh between 24 pounds and 40 pounds!

It is unknown how long these turtles can live in the wild, it is believed they can live to be more than 100 years old. 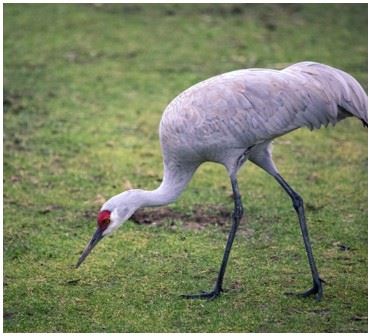 The Florida Sandhill Crane is a pre-historic bird that has been around for about 2 million years!

They have a lifespan of up to 20 years. And their biggest threat is the loss of wetlands and pollution to waterways.

Baby cranes are called “chicks." The chicks stay with their parents until they are around 10 months old.

Sandhill Cranes nest around freshwater ponds, lakes, and wetlands. They can fly but do not leave Florida to migrate unlike the Greater Sandhill Crane, a larger crane that comes to winter in Florida.

The bird is identified by grey feathers, a long neck, and a bald patch of red skin on the top of its head 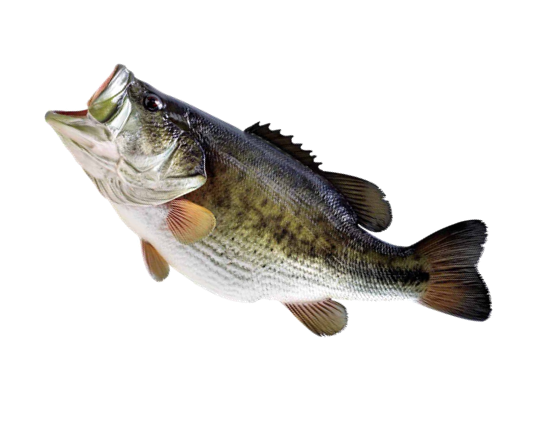 The Florida Large Mouth Bass is the state freshwater fish.

The average Bass fish lives for 5 years and prefers cooler temperatures where they have a longer lifespan.

It's identified by its upper jaw that extends beyond the rear edge of the eyes. The state record for the largest Bass caught is 17.27 pounds!

They eat smaller fish, insects, and frogs. The fish apparently see color and are attracted more to medium red to green colors.

The Large Mouth Bass has a significant impact on the economy in Florida, attracting many tourists to fishing tournaments and guided fishing tours. Fishing in city-owned retention ponds is catch and release only. 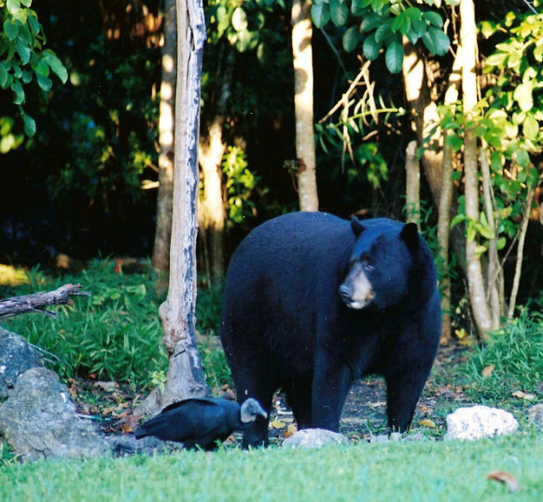 The Florida Black Bear is the largest native land mammal, and a male bear can weigh as much as 450 pounds!

Currently, there are thought to be around 4,000 bears in Florida. They have an extremely good sense of smell and can pick up the scent of food over a mile away. They are considered one of the most intelligent animals and live in thickly vegetated areas and their homes are called dens.

The bear's biggest threats are cars and illegal hunting. It is also illegal and dangerous to leave food out for bears. Bear sightings in Oviedo are reported in many places especially Live Oak, The Sanctuary, and Twin Rivers.